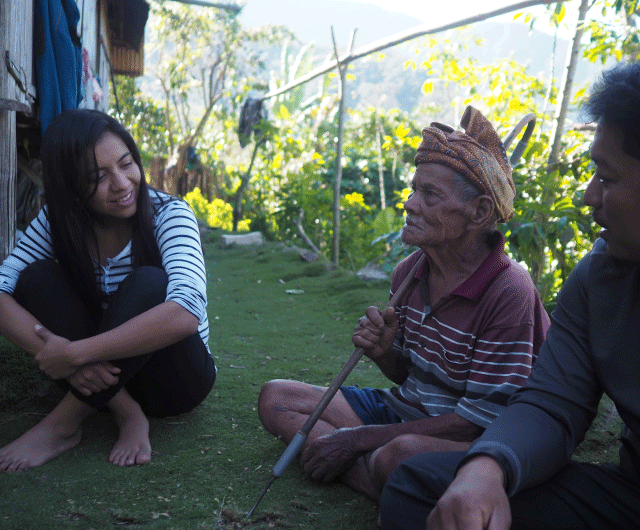 After spending some time in Java, I was told that we should catch at least two more flights and get to know two very different origins : Flores and Bali islands. I will not deny that the idea of visiting plantations, meeting coffee farmers and cupping surrounded by the best tropical atmosphere got me really excited !  Who would not ?

Flores is one of the Lesser Sunda Islands, located in the Eastern half of Indonesia ; we started our journey to Waerebo Village in the district of Manggarai. For the first time I felt myself as a tourist in a work trip : I saw beautiful landscapes and beaches all the way up ; unintentionally, I was one out of hundreds of people that normally include this place as a « must » on their list of destinations. 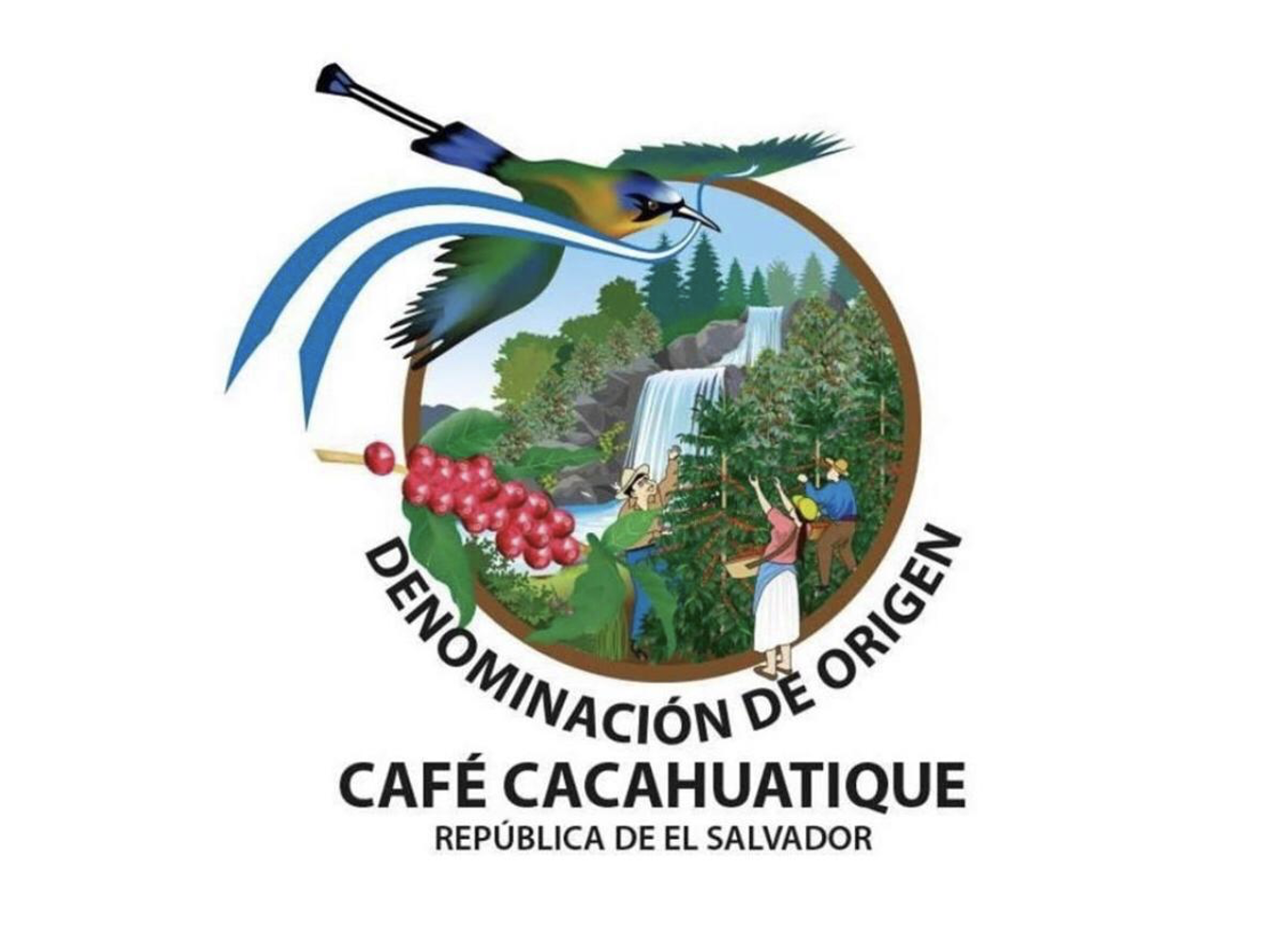 After a 4 hours’ drive we stopped in town and we were taken to the main entrance of the forest that would lead us to the village. This is a primary forest that goes up around 1,600 masl and we cannot do anything else but walk. On our way up – 2 hours -, we met many farmers who were coming down carrying heavy dry-coffee bags on their backs ; «these coffees cannot be cheap, considering the time and effort made to get them in town », I thought. This also made me feel curious on the current coffee quality.

Once we reached the top, we should go down to around 1,200 masl where we finally found some nice red and yellow bourbon spots and the beautiful village. We were hosted as the rest of tourists was. All families at Waerebo grow coffee on a small scale and even though this activity could mean a significant income, traditions and the ancestors are on top of everything and must be respected. The villagers are leaded by a supreme person, an elder man and coffee farmer who is the most respected figure at Waerebo ; he kindly expressed how grateful he was with Klasik Beans and Belco because his coffee and the villagers’ are finally valued.

While visiting the farmers around the village I noticed these coffees are produced with several hardships ; Klasik Beans does not promote conventional agriculture so I am quite sure agrochemical products are not used ; they have just started a management that include pruning to increase productivity. Pulping is the only shared activity, however there are only 6 pulping stations for over 250 coffee farmers, who brings their coffees by themselves to these spots. As pulping is carried out manually, water is needed to speed up the process but going down and bringing it takes plenty of time - this is the reason why we introduced them to Honeys and Naturals as an alternative- After that, fermentation and drying perform individually by each farmer. 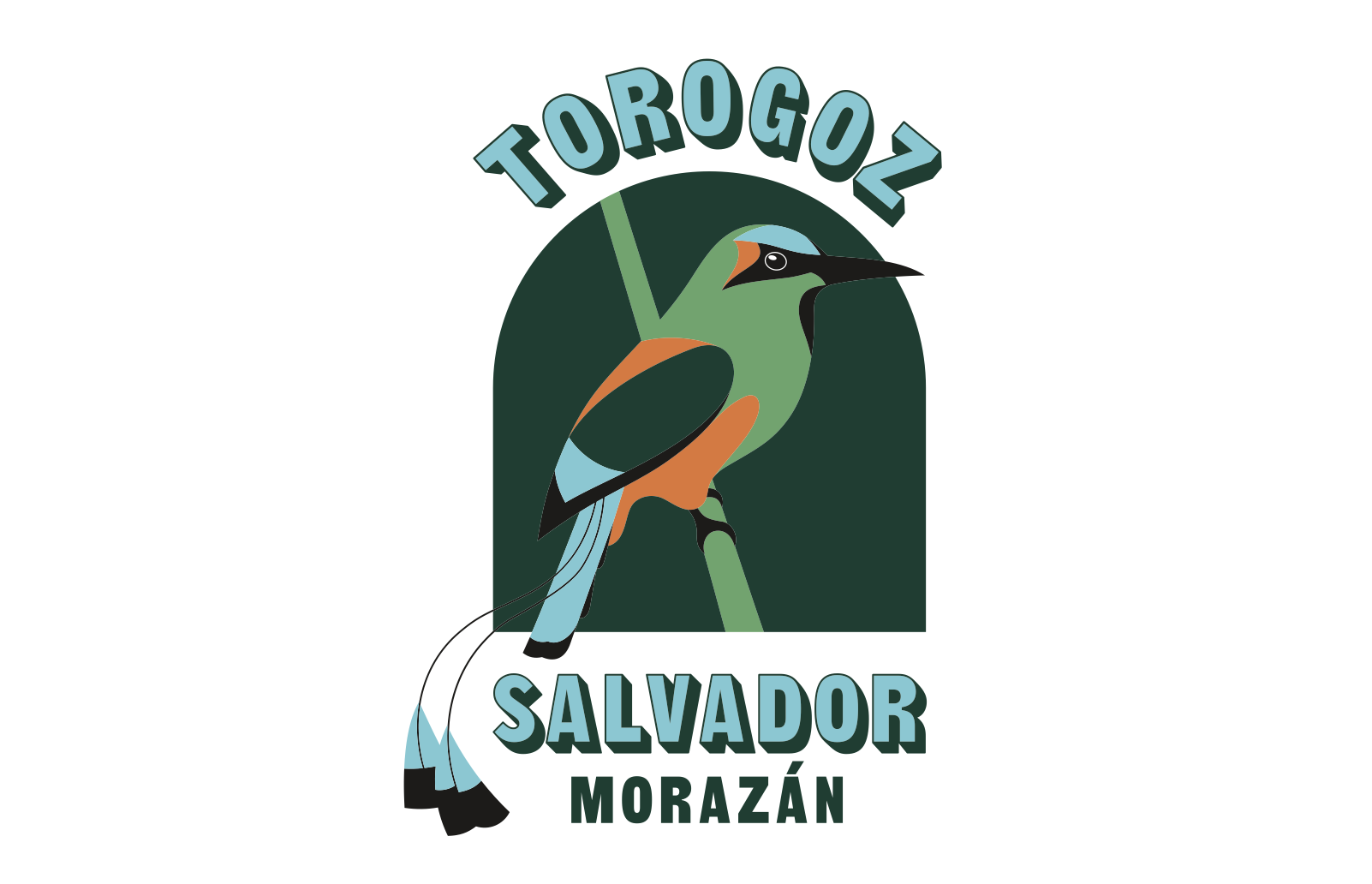 I suggested to create single places to at least dry and have a better traceability, however I was told the figure of ownership does not exist in Waerebo because the land belongs to the ancestors. This multiplies the efforts that Klasik Beans  makes to get everything under a real traceability controlThis time our training talks became kind of « chill » but with specific recommendations quality in all steps of the chain ; Klasik Beans really appreciated our technical contribution because they purchase around a 70% out of the total coffee production in Waerebo Village.

In Bali Island, Kintamani highland region is the main coffee producing area, where many farmers grow under the Tri Hita Karana philosophy, which says there are three causes of happiness to produce nice coffees: Good relationships with God, people and the environment.

Coffee production in Bali is way different compared to Flores. Prior visiting the farmers, I was explained that the most significant source of incomes for farmers comes from citrics production. As coffee have played a historical role in Bali, most farmers have decided to keep growing it but as intercropping, while it takes advantage of the agronomical management for citrics that include periodical fertilization and the normal chemical applications. 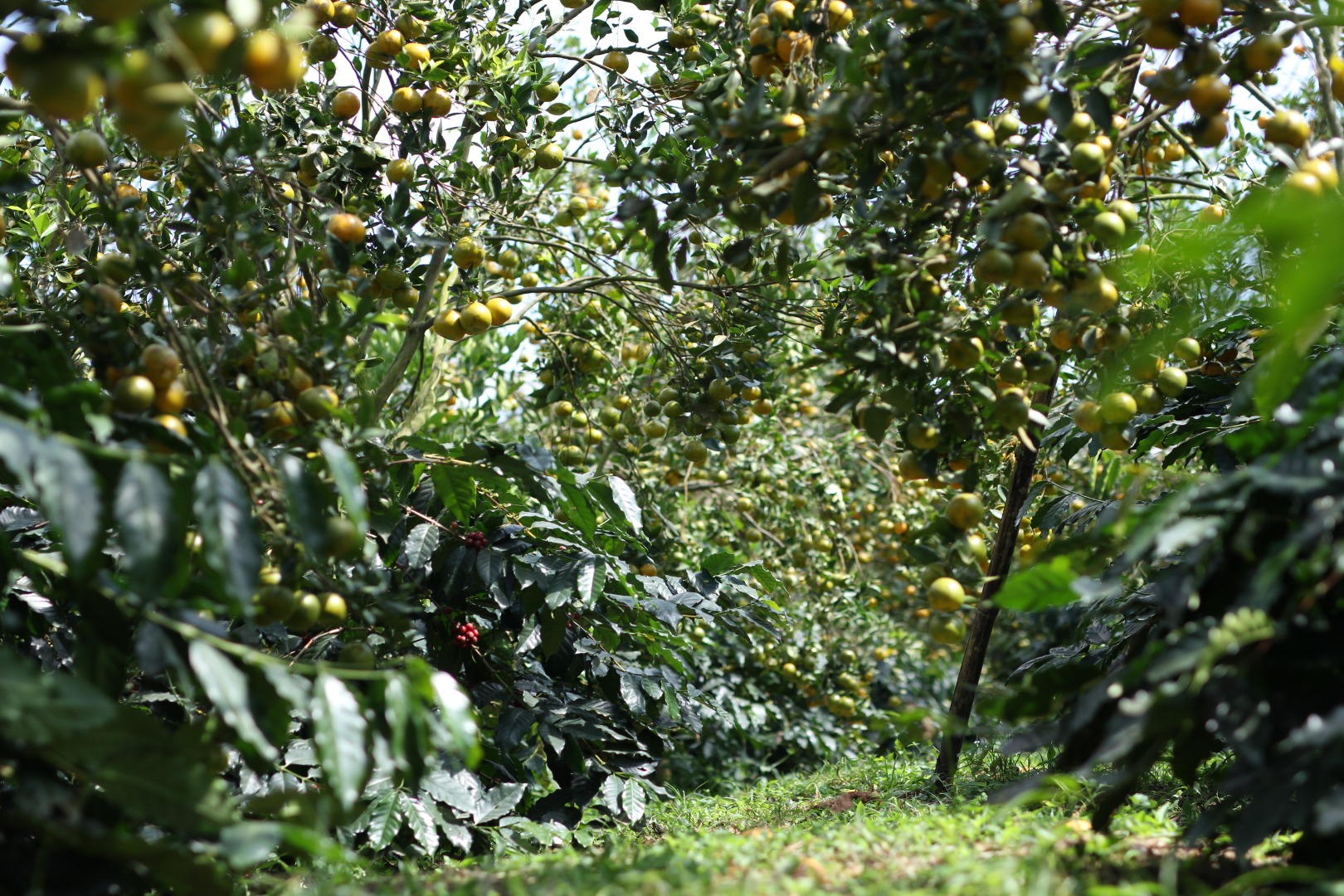 Because, on the one hand citrics trees produce easier and faster which means faster payments and producers do not need to hire labor, as the clients are the ones who come and pick the fruit themselves. On the other hand, coffee takes 4 years to produce, it is late-paid and it depends on many factors which become it very vulnerable and risky. « You do not know if you will get to sell your coffee, while you can always sell oranges and tangerines at fair prices… », a producer says.

I found Klasik Beans’ processing chain quite efficient compared to Waerebo region, as cherries are brought by the farmers to the wet-milling station, coffee is fermented, washed with a demucilager/washing machine and laid on raised drying beds.

I ended up my visit in Bali with a cupping session of some fresh coffee samples while coming to the conclusion that coffees from these exotic origins are expensive for the added value given by the way they are grown or processed and above all, for the efforts that must be made by the farmers and Klasik Beans on the transportation, logistics and supply chain. Klasik Beans should gather all coffees in one single point to be dry-milled and sent overseas. Therefore, any contribution from us as Belco regarding quality and traceability is worth a thousand times! 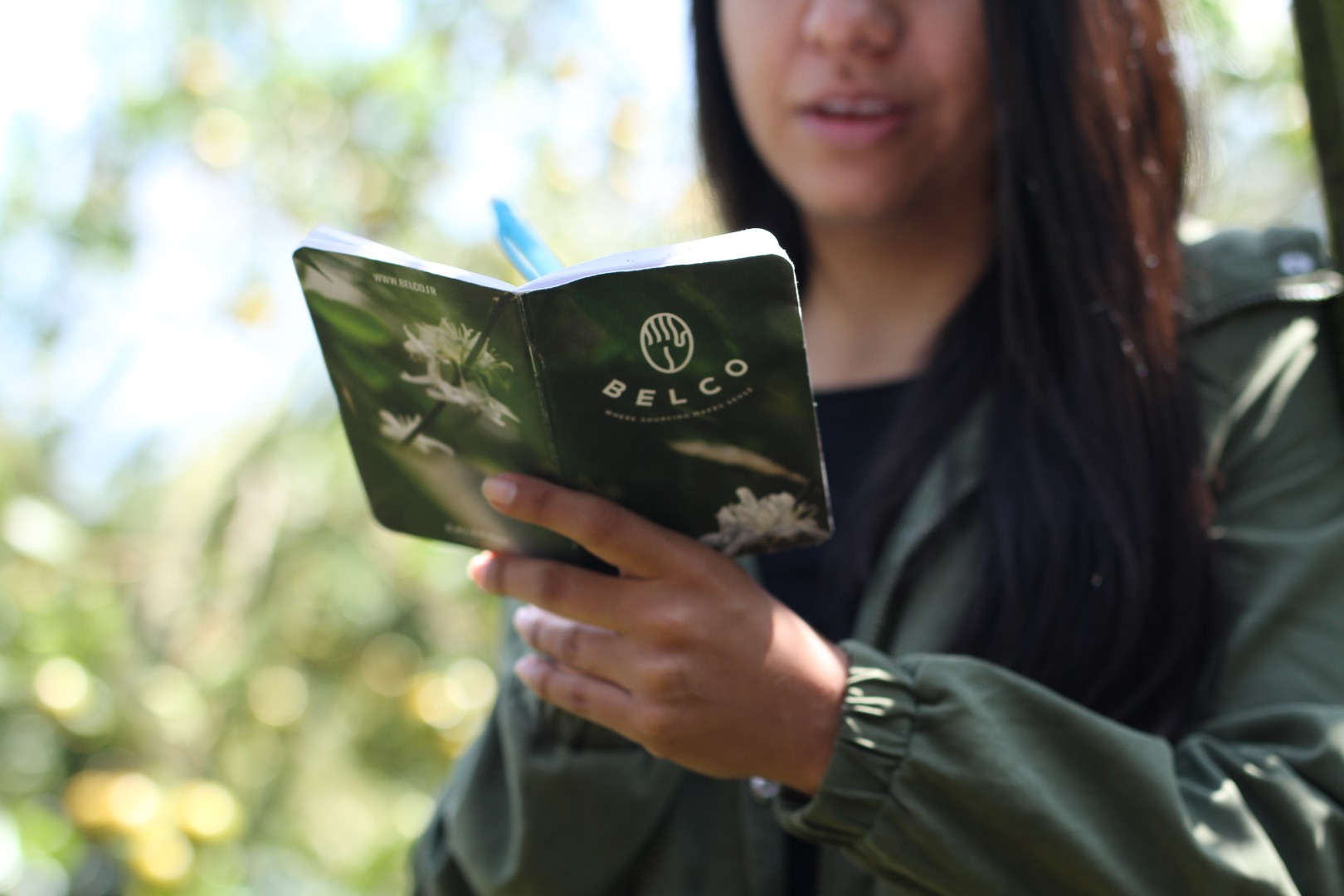